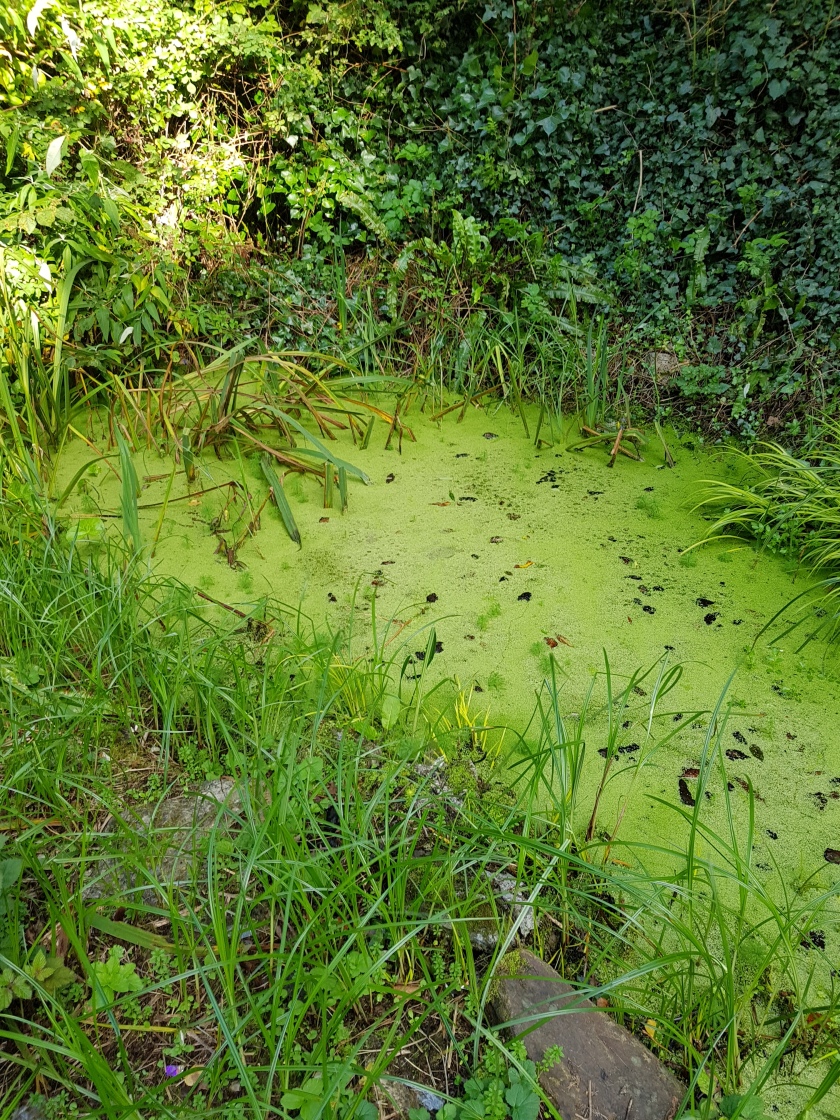 Today’s focus was on Fronted Adverbials and Expanded Noun Phrases. Now, I don’t know about you but I was scratching my head slightly at this. It’s been a long time since I’ve really had to break down sentence structures and think about how to formulate a more descriptive phrase. I have been told by a few people that I have a way with words, it just sorta comes naturally to me.

For those of you that don’t know, Fronted Adverbials are basically adverbs that start the sentence; “Cautiously, he crept along the corridor”. For me this is just one way in which I would naturally form a descriptive sentence. For the kids, this is new(ish) stuff! Having to revisit this and look at it from a pupils perspective really got me thinking.

Next was Expanded Noun Phrases. Basically you take your Noun, think about it a little and stick a couple of adjectives in front of it. Simple! However, if you have anything that has colour (the sea, for example) be prepared for 101 ways to describe it (e.g. blue, navy, aquamarine, turquoise, etc…). Trying to get the children to come away from this seems to be one of the biggest hurdles, although once it is passed the descriptions become a lot better.

I like writing, so this new (for me, anyway) way of looking at what these parts of a sentence are is refreshing. It’s helping me to broaden my own understanding of what makes good writing.

Stay tuned for more updates, especially on what I am learning from these 9 year olds!

So, something unexpected happened. I was nominated for the Mystery Blogger Award! I’ve only put a few post up so this is truly an honour, knowing that people actually like my writing (apart from my Partner). Thank you to Actress In Reality for such a kind gesture.

WHAT IS MYSTERY BLOGGER AWARD?
“Mystery Blogger Award” is an award for amazing bloggers with ingenious posts. Their blog not only captivates; it inspires and motivates. They are one of the best out there, and they deserve every recognition they get. This award is also for bloggers who find fun and inspiration in blogging; and they do it with so much love and passion.
– Okoto Enigma

I never really thought that people would stop to read what I had to say, lest, actually like it. Once again, thank you!

RULES (being nominated always comes with some):

My 5 questions to my nominees:

Along the Interstice (Awesome photography and poems)

5 Questions from Actress In Reality:

Once again thank you very much for my nomination, I’m truly touched by the gesture.

So it’s been almost 4 weeks since I started my teaching journey. Admittedly I haven’t actually spent that much time with the pupils in that time, and, for the past week and a half, I’ve been on paternity leave as my second child made an appearance into this world. Life just got a whole lot more interesting, but I wouldn’t change it for anything.

In terms of what has occured since the end of the summer holidays, this is what I’ve experienced (days counted not including weekends):

At the end of the second week my amazing partner gave birth to the little miracle that is my son.

I’ll be back to it starting next week though. I am keen to get this going again as I have a lot of ground to cover in a bit less time. No rest for the wicked, eh?

An update on the gymnastics coaching front, I’m not missing it as much as I thought I would. I guess I’m ready for this new chapter in my life.

So it’s around 2 weeks now before I officially start my placement. I am actually really excited now. A new chapter in my life is due to begin, along with a few other big days this coming year (my second child is due at the end of September, I’m getting married in May and I turn the big 3-0 in June!). If life was easy it wouldn’t be worth it – that’s my motto and this year is certainly living up to that. My time as a gymnastics coach will, however, be dropping dramatically and I’m currently feeling OK about it. We’ll see closer to the time if my feelings change.

Anyway, back to it. I have so far been sent my timetable and reading list for my placement. It highlights the number of conference and subject knowledge days that I have to attend, along with a few others. My Lead school is constant until after Christmas when I will be placed into a contrasting school for 6 weeks. Finally it’s back to my Lead school for the remainder of the academic year. As I’m specialising in PE I also have some PE conferences to attend which I am looking forward to; hopefully they’ll add to my roster and boost my skill-set so I can provide the best for those that I teach.

My reading list is quite extensive, containing various subjects and psychology based theory on how to become a better teacher. In truth, I have not even begun to look at the books in this list; I’m sure I will get around to it soon though. Most of these are available in the University library I’m sure, so as soon as I’m allowed I’ll nip in to read up on them.

Until the next time…

So, my application process was twofold.

First I had applied for a School Direct placement in the October of 2015 and didn’t get anywhere. A series of unfortunate events played out during the application process that stopped me from even getting as close as an interview. My first and most important piece of advice, people, is read the instructions! I skipped over the part that states ‘one of your referees must be a teacher/lecturer if you have been at university in the last X number of years’. Following this the timing of my application was such that one of my referees was on holiday while the other was judging at the gymnastics world championships. This delayed things and spaces on my chosen courses filled up like there was no tomorrow. The upshot of this was that I was able to get a full academic year extra of experience working in schools.

Roll on October 2016. This time I had it all worked out, correct references and all. The process this time around was pretty quick. I received a reply within about 2 weeks and I was offered an interview in November.

The interview process was fairly relaxed. It was the first one of the year and there were 8 candidates on the day, a good mix of final year students and working people, male and female. During the day we were given the chance to wander around the classrooms and observe some of the lessons that were going on.

The first part of the interview process was a reading. Prior to the interview day we were instructed to bring along a book of our choice to read to some year 1 children. I chose an old classic, We’re going on a bear hunt. My personal approach to this was to get the children acting out the different parts of the journey. All in all a success reading. The kids enjoyed it and they were engaged and responsive to the story. I also enjoyed reading, despite there being two interviewers watching in the background. This whole section lasted for 20 minutes.

Part deux was a bog standard interview. The same 2 interviewers were sat opposite me asking questions and taking notes. My experience of this was a good one; I felt rather relaxed about the whole thing and answered my questions wholly and confidently. After this I was free to leave.

The following day I received an offer of a place for Primary with PE specialism, which I immediately accepted. It took a while (July 2017) until I was informed as to where my Lead School Placement was going to be. I took the opportunity to visit the school which, although not compulsory, I would highly recommend and make a priority. It’s a great way to get to know some of the staff you’ll be working with before Day 1 of the new school year.

In summary, my advice to you would be:

For the last 14 years I have had a strong desire to help others with their learning. I started coaching gymnastics after moving to my current club in Plymouth when I was about 13. In 2003 I gained my first coaching qualification shortly followed by a judging one.

Fast forward a few years and I got my first experience of working in a school setting. This was challenging. I was still working on my communication, behaviour management and organisational skills and quickly found that coaching is different to teaching.

Forwards again for a few more years and I find myself applying for a BSc (Hons) Strength and Conditioning degree. In short the best 3 years of education I have ever received. I came out with a 1st (after quite poor GCSE results, and mediocre College results). Following this I wanted to get further experience of working in schools so I took a couple of years to gain more experience.

This is where the new chapter of my life begins.